7Hills, the Jordan non profit has launched the campaign for their new project location Al-Nour skatepark in Amman.

7Hills, the Jordanian skateboarding non profit, is currently building a new public skatepark in East Amman’ Qweismeh district, a densely populated and diverse residential industrial zone containing working class communities. 7Hills has just launched their fundraiser campaign to close their new project budget which includes skatepark construction and the running of programs activities for marginalized youth at this new location in East Amman populated of 300 000 people and houses 99 schools in which 80 are public.

We asked a few questions to Mohammed Zakaria & Kas Wauters, the founders of the NGO about the new project and 7hills work so far in Jordan.

Hi Mohammed, Hi Kas, I’m happy to see how far 7Hills is getting the last few years. Can you tell us a bit more about the backstory behind the organisation and the build of the first skatepark.

7Hills started back in 2014, when we - the local but relatively small skate scene - got in touch with Make Life Skate Life who collaborated with local board company Philadelphia Skateboards to build the first skatepark in Jordan. After a successful crowdfunding we've collected 20K usd to build the park. The global skateboarding community contributed to achieve our goal, which was absolutely amazing for the locals in Jordan. An abandoned public park filled with garbage and dirt, in downtown Amman, was transformed to a 650 m² concrete skatepark. During the 18-days build, professional skatepark builders worked with local youth to teach them the craftsmanship of concrete skatepark construction.

A new generation of skateboarders was born.

In 2016, Kas joined our team as part of his master studies to establish the 7Hills skateboarding programming. The aim was was to activate the park, make skateboarding more accessible and mostly provide disadvantaged youth with an outlet for physical activity and community building. The seed of skateboarding was planted in the heart of the city -downtown amman- . Kids from the neighborhood had no idea what skateboarding is (how to do tricks, how to use it, to stand/sit on it, what kind of clothing to wear, how to use the ramps, etc). They’ve mostly never seen this wooden thing/toy with wheels.

Since then, the skate scene has been growing and growing :)

Your programs aims to reach out to different communities in the multi ethnic city that is Amman. Do you feel like skateboarding has achieved its potential to strengthen community development and social bonds between individuals that are usually divided by their social backgrounds?

Skateboarding is the perfect human glue :). We can really see this happening in the 7Hills park. As you mentioned, Amman is a very rich multi ethnic city. There are people from all over the world living here. People from Palestine, Egypt, Sudan, Syria, Iraq, Somalia and more. In general, the city exists out of quite segregated neighborhoods based on socio economic backgrounds. For example in West Amman you will find the more high and middle class citizens, and in East Amman the lower socio economic people. On top of that, there is a huge lack of public spaces, - the open and free places where you can meet people from all different backgrounds.

7Hills skatepark really became that spot in the city. An accessible, open and fun public space to skate, play, hang out, talk shit, chill out, do a picknick, and since we've build some more infrastructure as a basketball court, do some boxing, and work out. It's really important in this city to create these spaces to bring people together and bridge ethnic, social backgrounds, and break down the gender barrier. Through skateboarding it became possible to build a diverse and inclusive community and break down the social barriers that many communities face in the city.

Why did you decide to build a new skatepark in East Amman? how do you think this new location is going to contribute to 7Hills mission and how do you plan to manage both skateparks activities?

We decided upon East Amman because it has a lot of vulnerable areas, it is very densely populated, a lot of people from lower socioeconomic background households live there and there is nothing to do for young people. On top of that you can find a lot of school drop outs, because schools are very highly populated.

There are barely spaces or parks for young people to hang out and in general it is very poor in opportunities for young people to learn, be creative, do something meaningful. If there is not much going on, it's not real hard to get into the wrong things by hanging around on the streets.. We want to bring something fun to young people, teach them the many things skateboarding has taught us.

After the participatory construction of the skatepark, we will launch a free of charge skate program at the park. This way the local kids can get introduced to skateboarding, get tips and tricks from our youth leaders of similar ages, and come skate in the freshly dropped skatepark. We also gonna run our youthleadership program out there, to coach and train local youths from the neighborhood to become the community leaders and maintain their own skatepark. The programming at 7Hills Al Nour will happen simultaneously with the programming at 7Hills OG park, to make sure the two parks are rolling :). We have so many young local youths we've been coaching over the last years, so hands enough to make this happen :) ! Also, by building this super nice new skatepark (props to Cipri), we hope to brighten up the East Amman image a little. The Qweismeh district does not have the best name, people are kind of sketched out about this neighborhood. That's why its so important to plant the seed of skateboarding out there. But also it could be quite interesting to make this neighborhood more attractive for people that would never come in that area, for people who go there specifically for the skatepark and discover Qweismeh district without all the negative rumors about it.

How do you see skateboarding expanding in the middle east in the future? Maybe you can tell us how it grew over the past twenty years you’ve been involved in the scene development and what are the main struggles your team is facing?

Year by year, slowly, more and more kids got more and more into skateboarding. Step by step you could see more “tricks” at 7Hills; I've always been pushing the local kids to join street sessions to rediscover their own city. Amman has a million skate spots. The city is padded with downhills, small gaps, stairways, and more since the whole city is build on multiple hills, and since skateboarding is still rare for most local people, security guards, police, and the neighbors, they are tolerant towards skateboarding. People are mostly intrigued by what is going on.

Today, the skate scene is flourishing. Its a skate scene that is for a big part shaped by the experience of growing up as a disadvantaged young person in Amman and, lead by the values of social inclusion, equality and diversity. Everyday you will find kids skating at the skatepark, but also kicking it to the streets.

Nowadays, people worldwide can connect and skateboarding from all places over the world can be shared more and more. The middle east is boiling of skateboarding. Its a promising scene out here. Especially the warmhearted and hospitable arabic culture crossed with skateboarding, and gnarly kids that have no fear is only predicting good things in the future :)

It seems like 7Hills has a good connection to the Belgium skateboarding scene, from the first build to its current co director Kas Wauters, how has this partnership developed since the start of 7hills and what role is it playing in the new build?

The connection started back in the days when 7Hills got built. This was more of a coincidence maybe? Or maybe it was meant to be? The belgeeqi connection has been pounding since then. Belgium - Jordan became our main route to ship in hardware for 7Hills. We even arranged a Belgian military transport aircraft bringing a huge shipping into Jordan. Duty free is the way to go :) . Also funny side fact, in Jordan they call Palestinian Jordanians also Belgeeqi's (=Belgians) For the new build we have a bunch of Belgian builders indeed! Stick to your roots, haha. Also this has a lot to do with the many, many, many delays we have faced with covid but also with the municipality. The latter made it very hard to plan this whole project and to coordinate with our construction team. As we had to make moves very quickly in the end after all of these delays, and our good friend Ryanair has a cheap and straight connection between Brussels and Amman, we confirmed with a bunch of Belgians. Lastly, we are also doing a bunch of fundraiser events and collabs (like for example with Jean Jaques) in Belgium, and we even have set up a 7Hills Belgian Branch. Big shout out to the big supporting family out there! But know the 7Hills family is global! Big love for all of you :). 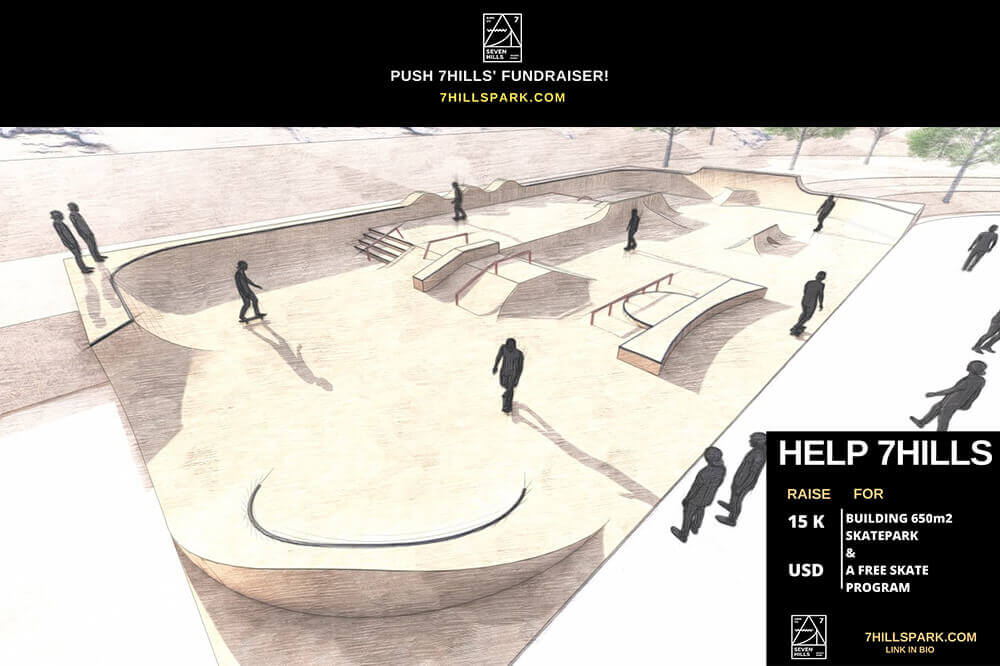 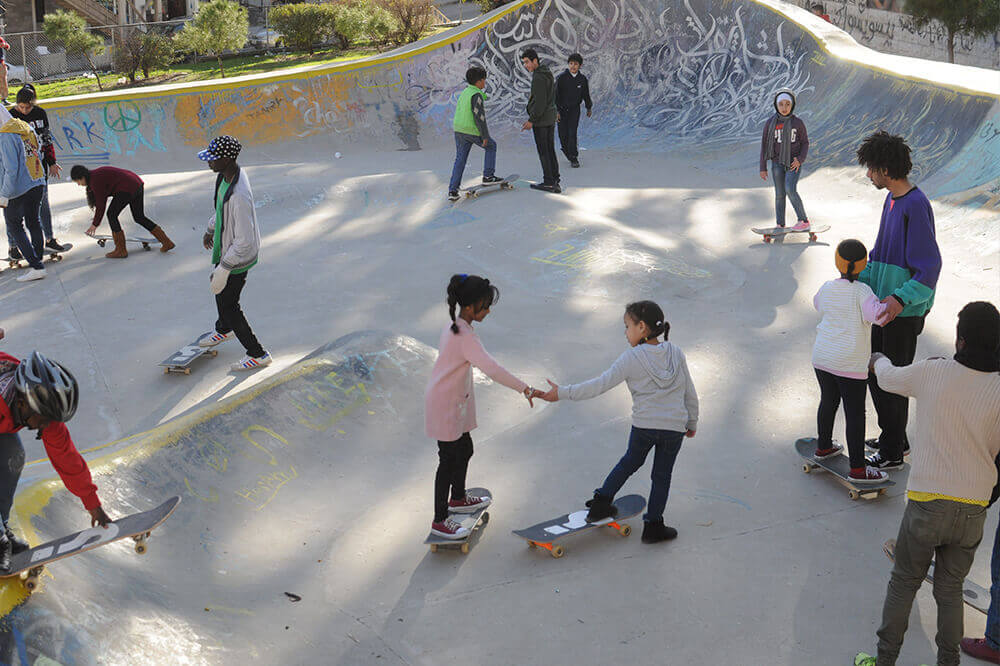 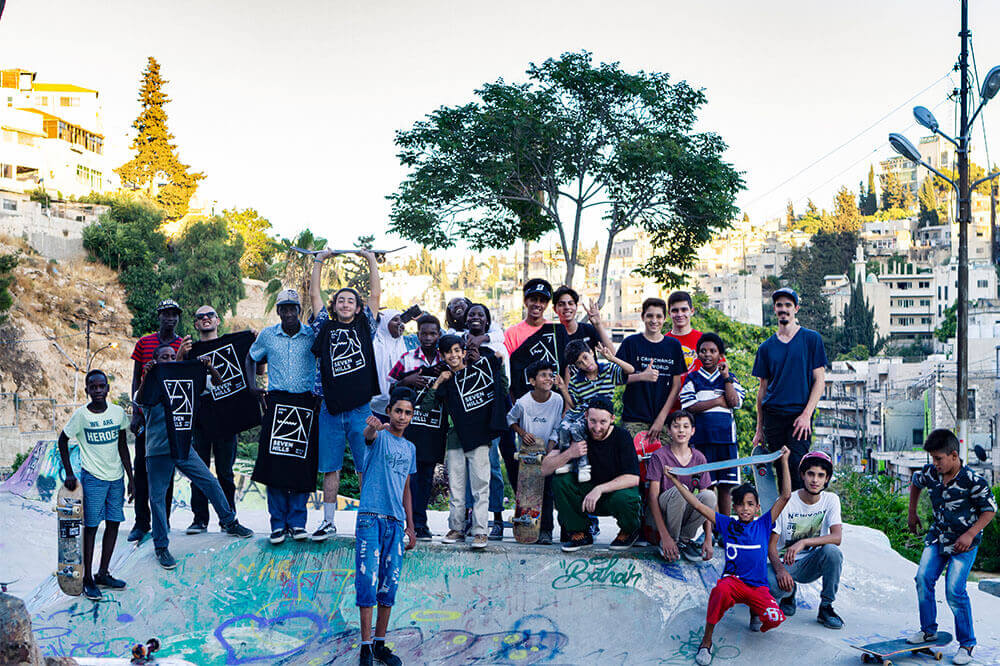 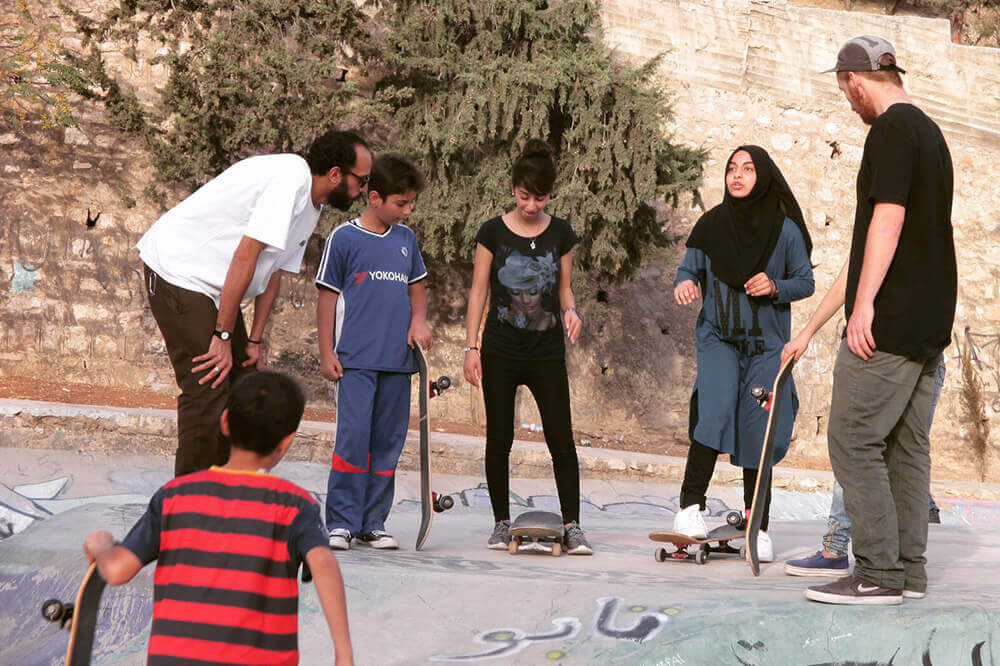 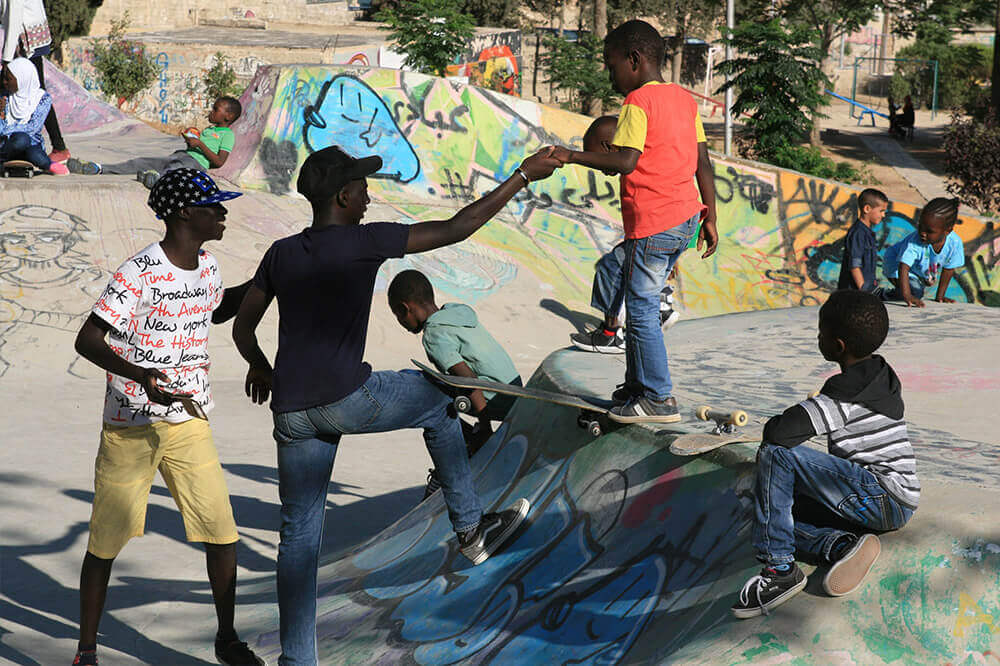 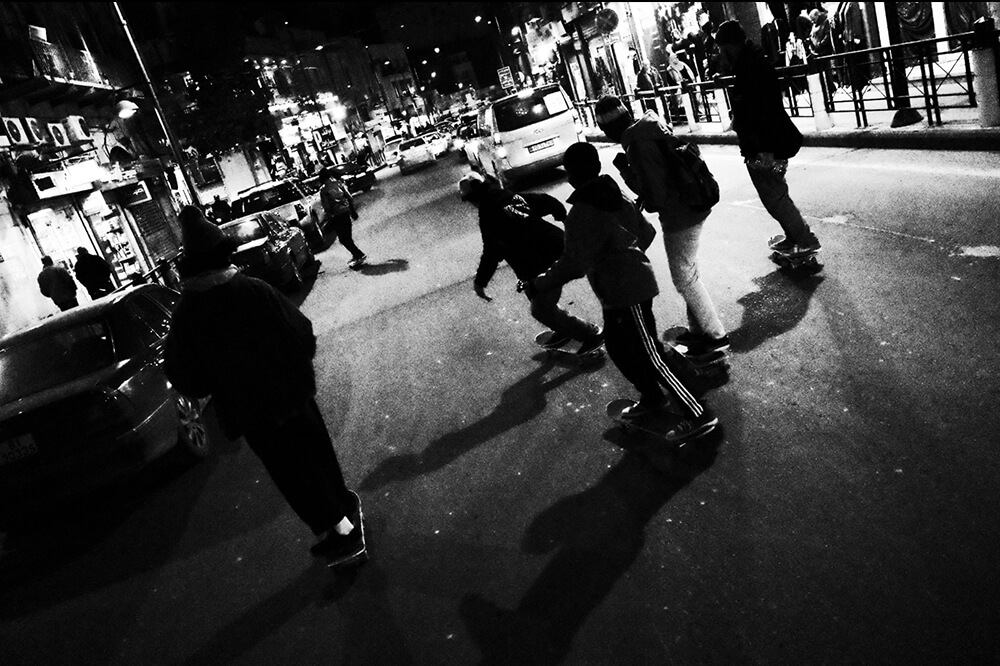 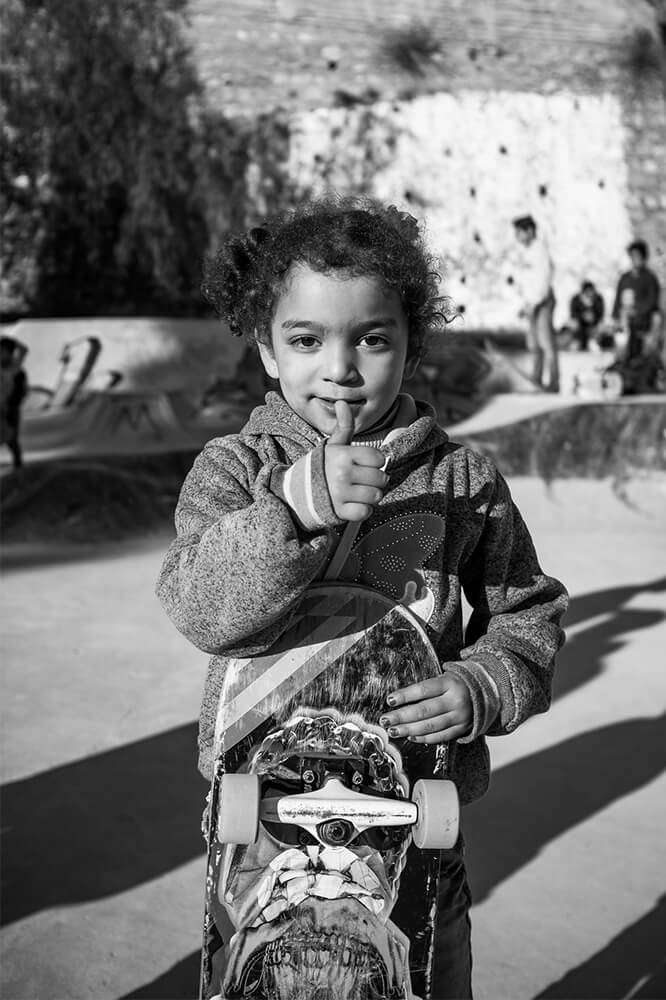