When humanitarian crises occur, it’s important for the community to come together to provide support and refuge for those who are suffering. On the 29th May 2021, among London Southbank’s vast concrete structures, the skateboarding community gathered to do just this, raising over £5,500 through a skate sale for the Palestine Children’s Relief Fund.

To set the scene, during May 2021 violence erupted on the streets of Jerusalem following a series of controversial actions perpetrated by Israel against the Palestinian community which included the attempted eviction of Palestinian families; an Israeli police-raid on Palestinian worshippers at a Mosque; and a planned march by far-right Israelis. The fallout from these actions involved over 2,000 Palestinians being injured; 256 Palestinians, including 66 children and 40 women, being killed; and 113,000 Palestinians being displaced.

Historically, Palestinians have suffered from a lack of accessible healthcare during these violent conflicts, prompting the Palestine Children’s Relief Fund to be founded. The non-profit organisation was established in 1992 to bring free, otherwise inaccessible, medical care to Palestinian children. Since their founding, the organisation has supported tens of thousands of young children in receiving free medical care in local hospitals. In a bid to provide sustainable healthcare to these populations, the charity has also built 2 paediatric cancer departments and has supported several other major sustainable health-care programs.

To support the Palestine community at a time when they need it the most, a number of pro-skateboarders came together on the morning of the 29th to host a skate sale within the graffitied walls of one of London’s most famous skateparks. A range of skateboarding garments and hardware were laid out across the stalls, including hoodies, t-shirts, jeans, and skateboarding decks from brands such as Palace, Vans, and Adidas. Products for the skate sale were donated by Rory Milanes, Danny Brady, Chewy Cannon, and Torey Goodall, and the event was supported by Vinney (of SB Skate Shop), Dane ‘Morph’ Crook (filmer for Palace), Thomas Hilbig (Concrete Jungle Foundation) and Froby.

From the moment the sale started at 10:00am until it had finished at past 02:00pm, the stalls remained packed out as skateboarders from across London came together to find bargains to help raise what money they could for the victims of the Palestinian crisis. Through the actions of all involved, from those who hosted the event to the skaters whose purchases who made it possible to raise this amount of money, a grand total of £5,731.74 was raised for the cause.

While this figure is only a splash in the water in terms of what the people of Palestine need right now, every effort to supporting this charity’s humanitarian cause is effort well spent. In that regard, we would also like to extend a large thank you to our friends at SkatePal, who work tirelessly to improve the lives of youth in Palestine through skateboarding. It’s moments like these where the community unites to support a cause larger than themselves that makes me truly proud to be a skateboarder. 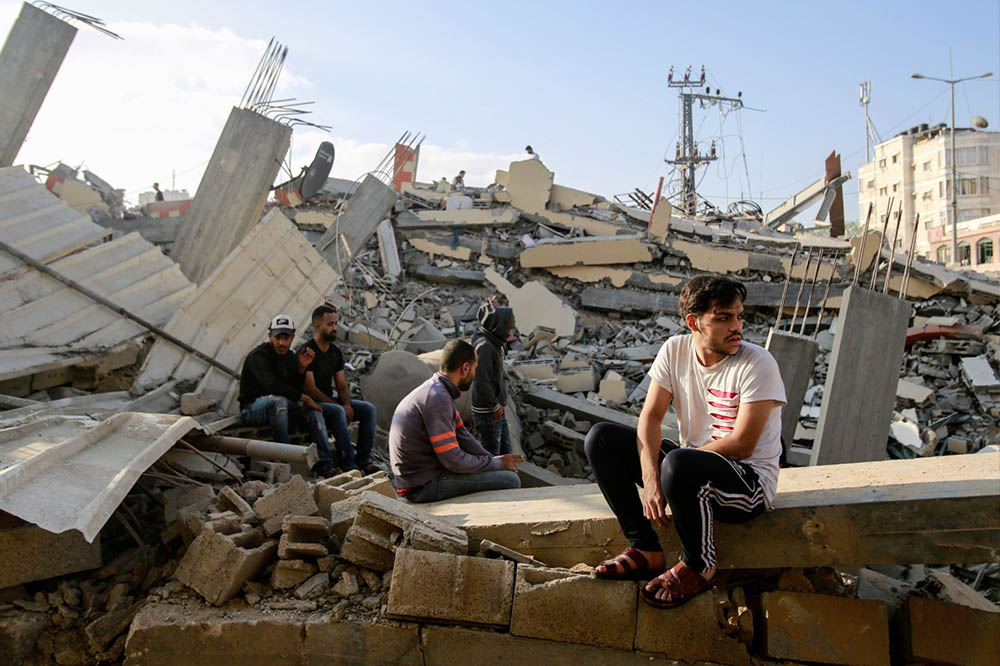