This May, the long-term friends of Forever Playground 7Hills Skatepark and Zaatari Radio are collaborating on a new project bringing radio broadcasting to the users of the skatepark in Amman, Jordan.

Working alongside Berlin-based radio station Refuge Worldwide, the three organisations are building a studio and delivering four weeks of radio-based workshops and public lectures from 7Hills’ Urban Education Centre in the heart of Downtown Amman.

Four weeks of workshops and talks will be delivered by musicians, artists and industry experts from the Middle East and North Africa aimed at young people from marginalised communities in Amman. Participants will create radio shows to be broadcast throughout Jordan and on Refuge Worldwide in Germany, resulting in subsequent radio residencies on the station in which participants can continue to develop their skills and interests.

The project, ‘Aswat Al Raseef’, which means ‘Sounds Of The Sidewalk’, will celebrate the vibrant culture and diversity of the Arabic metropole, a result of the city’s geopolitical importance as a destination for refugees and migrants from Syria, Palestine, Lebanon, Sudan, Somalia, Yemen, Egypt, Nigeria and across the MENA region. Through a curriculum of practical workshops on digital, technical and creative radio production skills, participants will produce radio shows examining identity and migration histories in contemporary Amman, utilising sound media to portray life in the city for host, migrant and refugee communities. There will also be a series of talks from industry experts in Jordan and across the MENA region which will be open to members of the public.

The workshops will take place at Al-Raseef; 7Hills' urban education space opposite the skatepark. Since opening, 7Hills have been providing free-of-charge creative workshops from screen printing, mural painting, carpentry and more. The space runs on commitments to multidisciplinary, collaboration and DIY culture, something that will continue through the radio workshops as we partner with 7Hills on delivering the programme. Workshop hosts include Chilean musician Nicolás Jaar; Palestinian producer, DJ and radio host Nour; ODDZ (aka Odai Masri) the founder of Exist Festival, Palestine; alongside industry figures from the MENA region and representatives from Refuge Worldwide, Radio Zaatari and Arabic music magazine Ma3azef.

At the end of the project, the pop-up studio and all donated equipment will remain in place at 7Hills, to become a lasting resource for the local community.

This project will be delivered with support from Resident Advisor, Solidrinks, Ableton, AIAIAI, ADAM Audio, Ocean, Forever Playground and Heels and Souls. 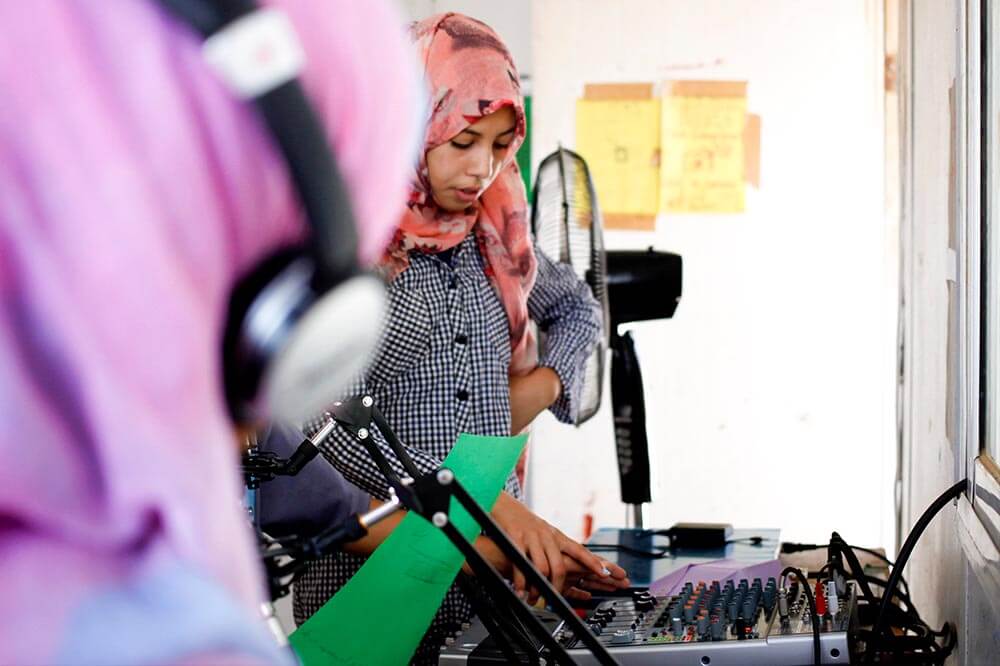 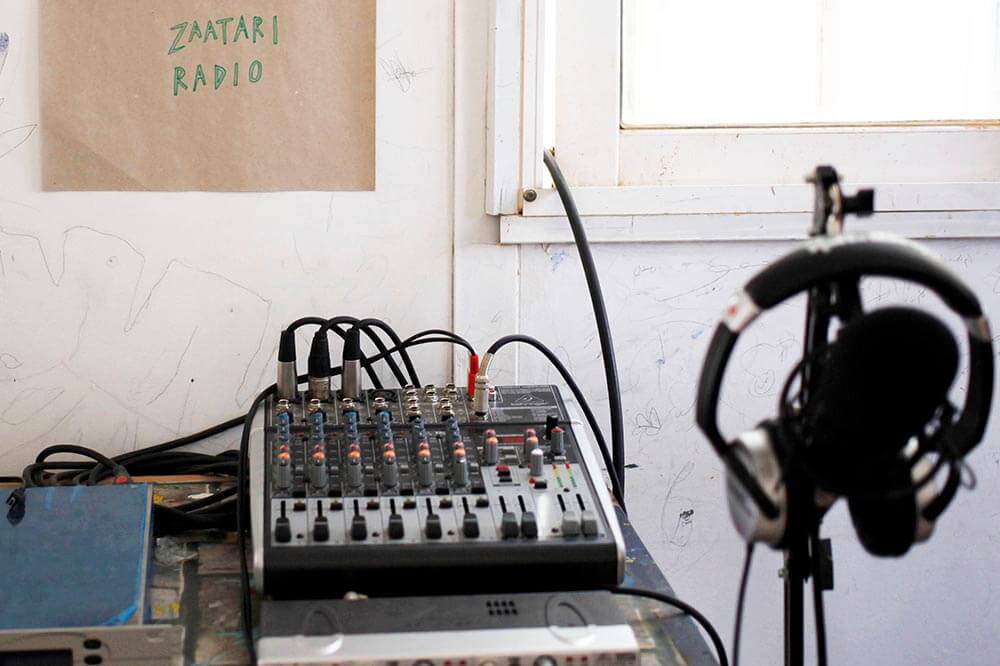